Back to DJ Home 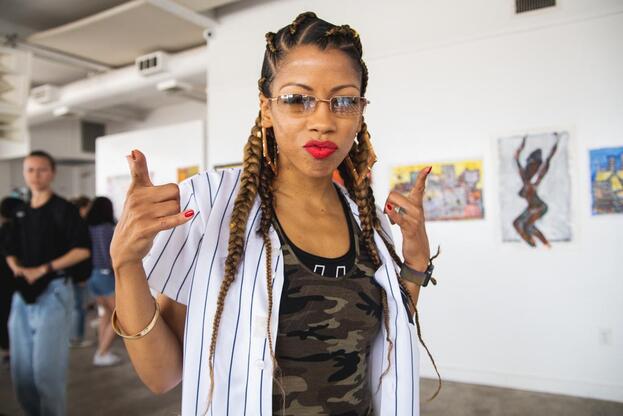 KaoticBlaze
After being introduced to the world of Breakin’ in the Tampa Bay, Florida area in 2000, KaoticBlaze moved back to New York City in 2001. Unfortunately she was unable to continue her involvement in dance due to complications from Type 1 Diabetes and had lost contact with the Breakin’ scene. But her drive, passion and patience finally paid off when she joined the legendary crew, Dynamic Rockers, in the summer of 2004.

With the inspiration of one of her fellow crewmates after being injured, KaoticBlaze decided to practice her craft behind the turntables, spinning Hip Hop, Breaks, Funk, and House at several jams, clubs and radio stations in New York City, Tampa, Miami, Orlando and Puerto Rico.

On January 30, 2013 KaoticBlaze made Hip Hop history by becoming the first female DJ to represent the legendary Rock Steady Crew. Since then she has continued to travel and share her love of music and Hip Hop culture with the masses.
IG HANDLE: @kaoticblaze ||  SOUNDCLOUD: https://soundcloud.com/kaoticblaze ||  WEBSITE: https://www.facebook.com/kaoticblaze
KaoticBlaze · 30 for 30: If Wu Ran Hip Hop